The Welsh Government aims to have a million Welsh speakers by 2050. This is a long-term aim, and the education system has a key role to play in achieving it. In order to achieve the aim, changes will be needed to the curriculum to ensure that all learners in Wales are able to develop their Welsh language skills for social and work use in the future.

One of the key aims within the 2050 Welsh strategy is to embed positive language use practices supported by formal and informal opportunities to use Welsh socially. Where are we up to?

We have just had our final review of our evidence towards the 'Gold Award'. We are pleased that the review was successful and we have been recommended to the Welsh Government for recognition of our efforts towards achieving the award. Therefore, we are going to begin working towards the Silver Award.

Our Contributions to Cymraeg Campus

We will update our page regularly with our contributions towards achieving the Bronze Award.

Every Friday we have taken on the role of leading whole-school assemblies. In our assembly we introduce the new 'Patrwm yr Wythnos' and also announce the Tocyn Iaith Winners.

We celebrated Dydd Gwyl Dewi by attending a parade in Denbigh. We walked the parade with other schools, singing Welsh Songs. We had so much fun

​​​​​​​Class 3 have been busy making Welsh books. They can't wait to read them to the infants. ​​​​​​​We came up with the idea of 'Caffi Cymraeg' to invite parents in before the school Eisteddfod. Parents attended school to be greeted by the Criw Cymraeg. They could only have a tea/coffi/cake if they asked in Welsh.

Ga i cacen os gwelwch yn dda? / Can I have a cake please? ​​​​​​​We introduced the school Eisteddfod in Welsh and had a really fun afternoon listening to a mixture of recitation and Welsh songs. ​​​​​​​We are responsible every week of leading Welsh Playground Games. We decided to play the games on a rotational basis every Friday. What are we working on?

​​​​​​​During a meeting with Miss Morris, we discussed ways of enforcing the Welsh language around school. We suggested a Welsh TV club! Our idea is to create a weekly episode in 'Clwb Cymraeg' that will teach new language patterns. We thought we could play the episode on a weekly basis in our Friday assembly.

Come take a look at some examples of our Wonderful Welsh Work, chosen by Miss Morris. 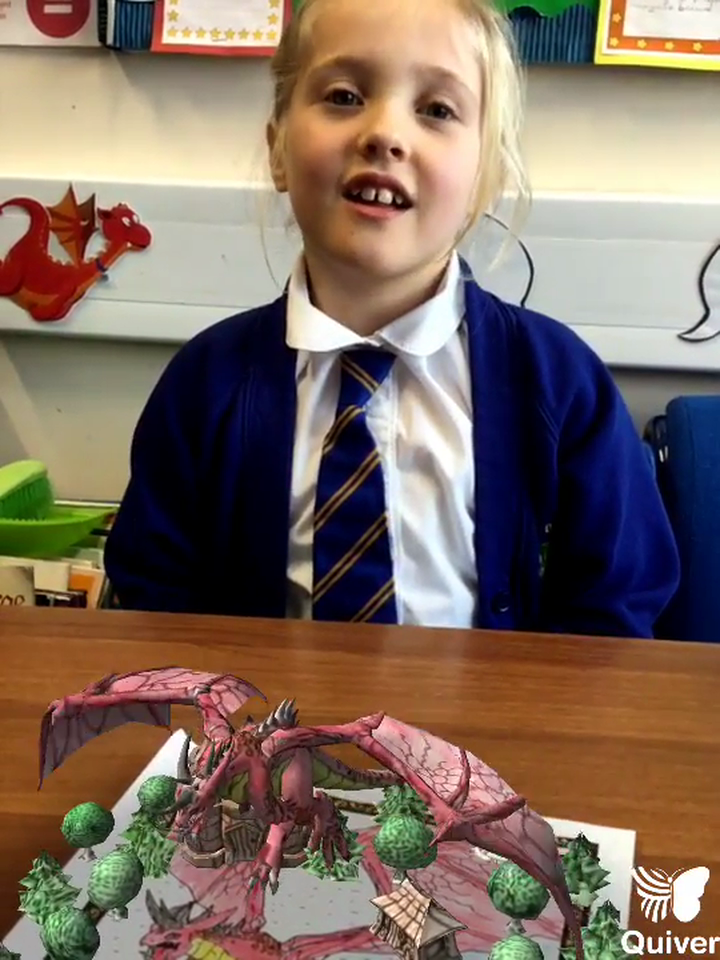 We used Quivervision to bring the red dragon to life. Then we described the dragon.

Unfortunately not the ones with chocolate chips.

Some cookies are necessary in order to make this website function correctly. These are set by default and whilst you can block or delete them by changing your browser settings, some functionality such as being able to log in to the website will not work if you do this. The necessary cookies set on this website are as follows:

A 'sessionid' token is required for logging in to the website and we also use a 'crfstoken' token to prevent cross site request forgery.

Cookies that are not necessary to make the website work, but which enable additional functionality, can also be set. By default these cookies are disabled, but you can choose to enable them below: